“It’s useless anyway” was made as a poster campaign during the Addict Artist Weekend Festival, 2014, Arad. Poster messages are a series of expressions used to dampen or even cut off the eagerness of an enthusiastic person to act to solve or seek to solve social problems. There are expressions often found in the local community both in Arad, the place where the work was presented, and in general in Romania. This type of attitude is linked to the experience of communism and the control imposed by the Securitate, a pursuit of people in their private lives with the help of agents recruited from their entourage. Because of this you didn’t know if someone was following you or not, so the best solution was to do nothing that would seem suspicious to the Communist Party, which largely meant doing nothing about social and community issues, to not assume responsibility for anything. 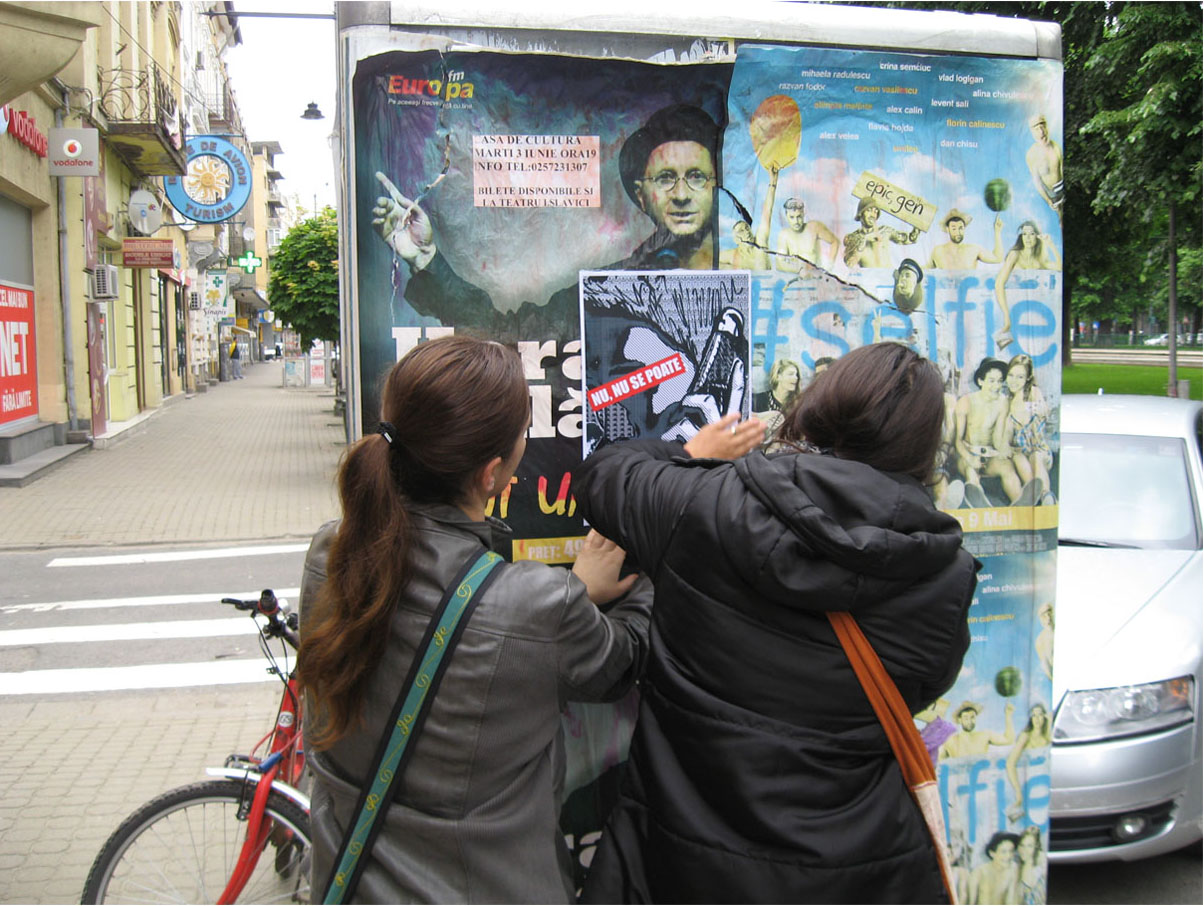 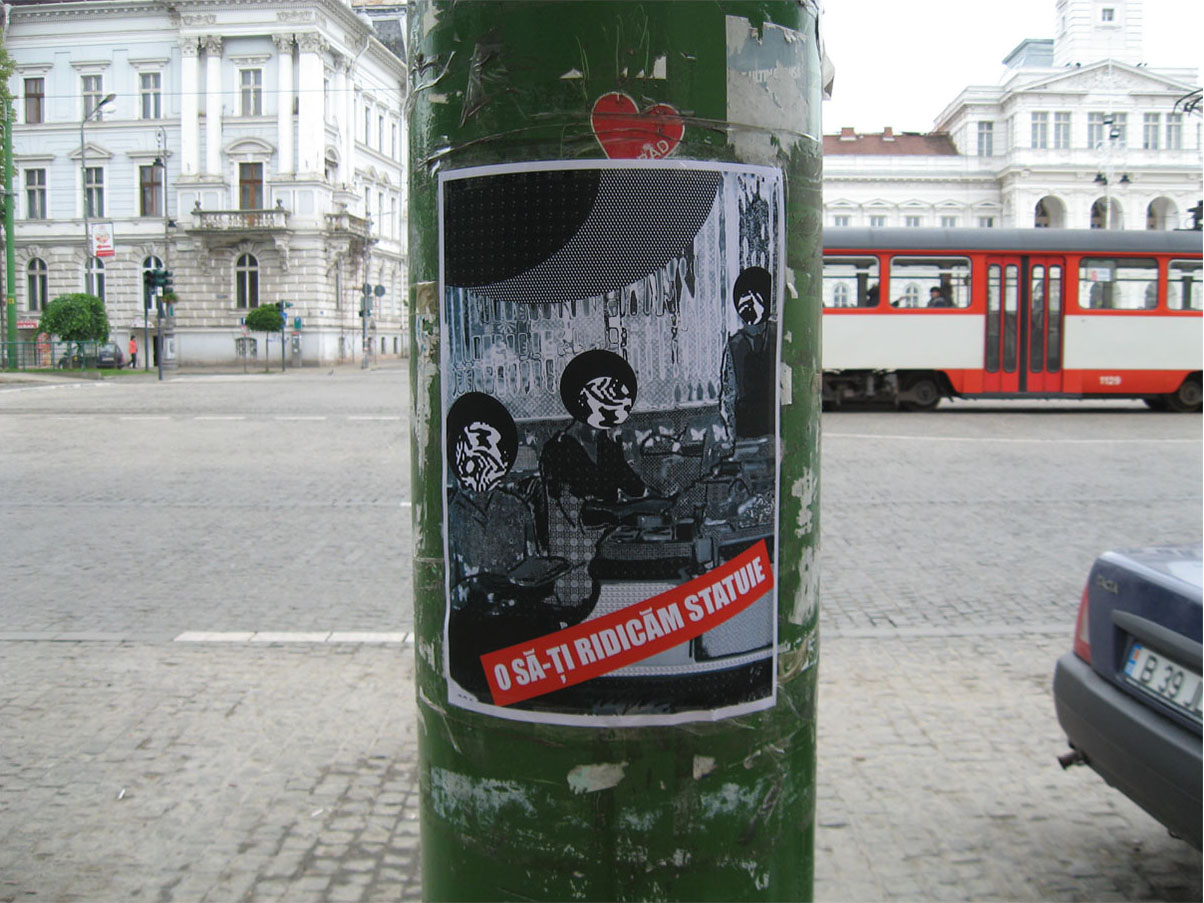 O să-ți ridicăm statuie / We ll raise you a statue 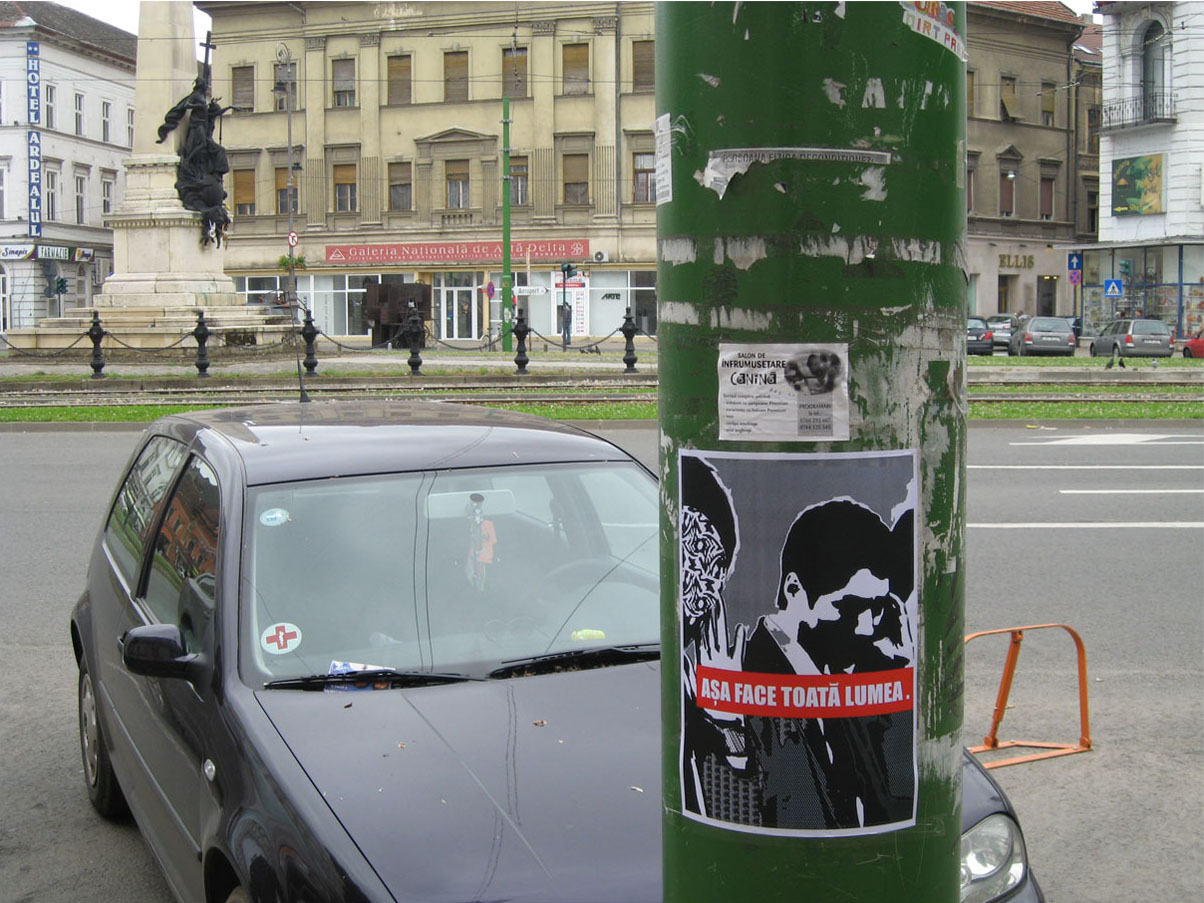 Așa face toată lumea / So does everyone 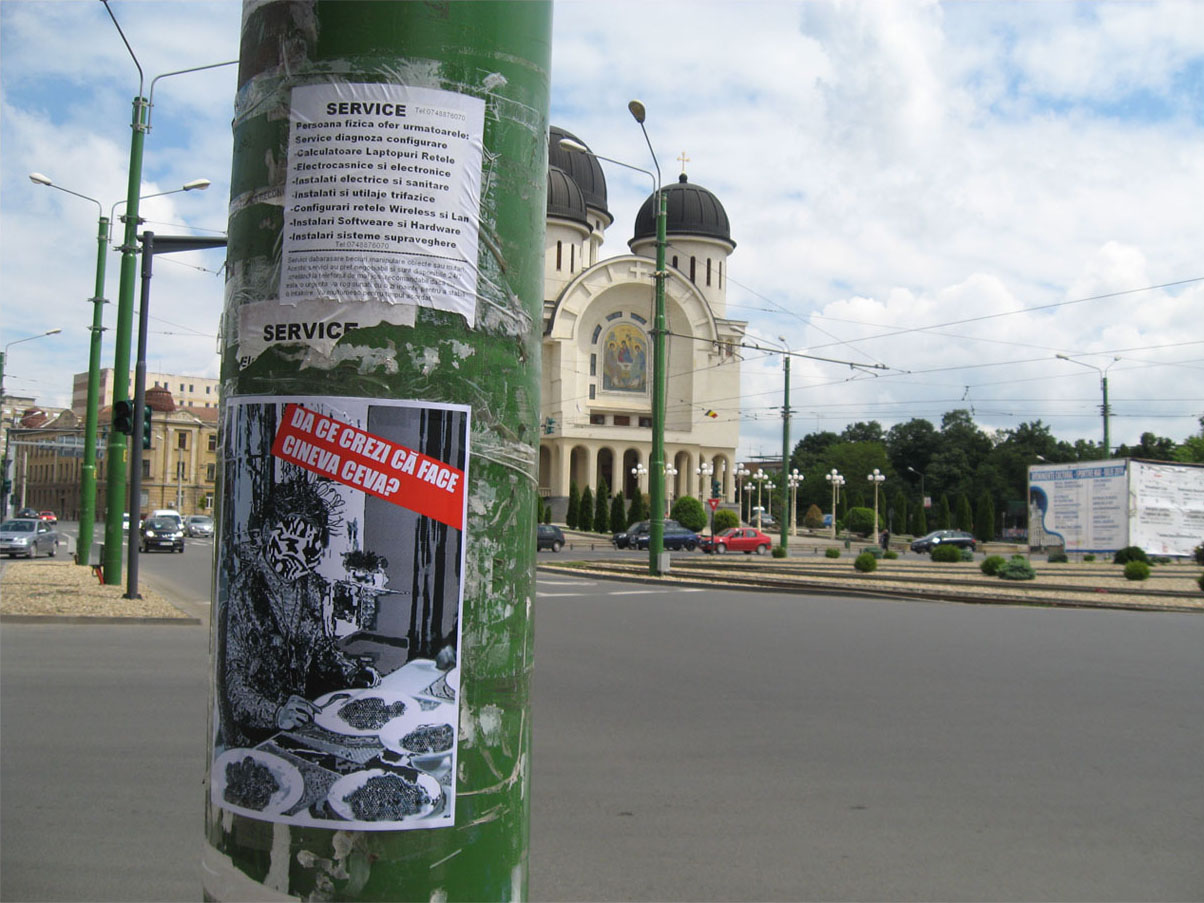 Da ce crezi că face cine ceva? / Do you think that somebody does something? 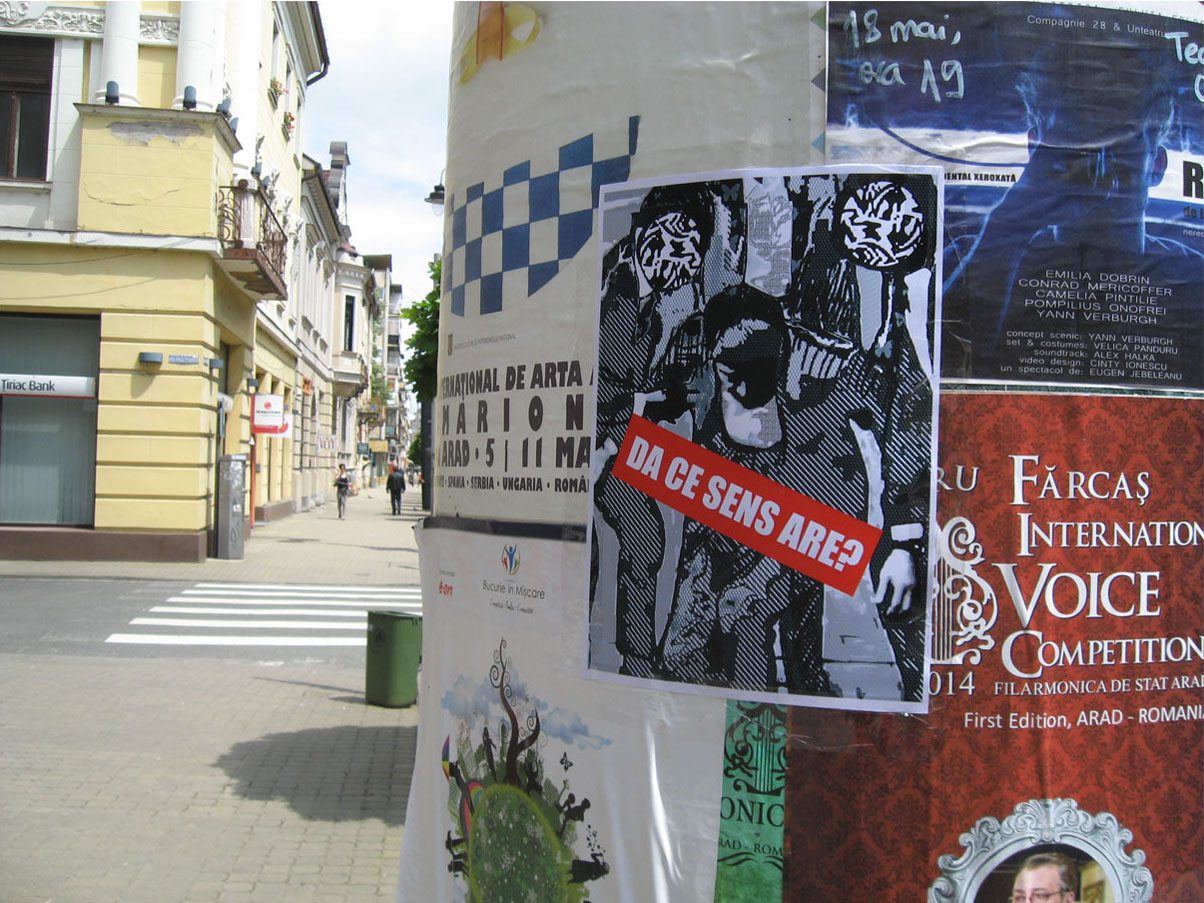 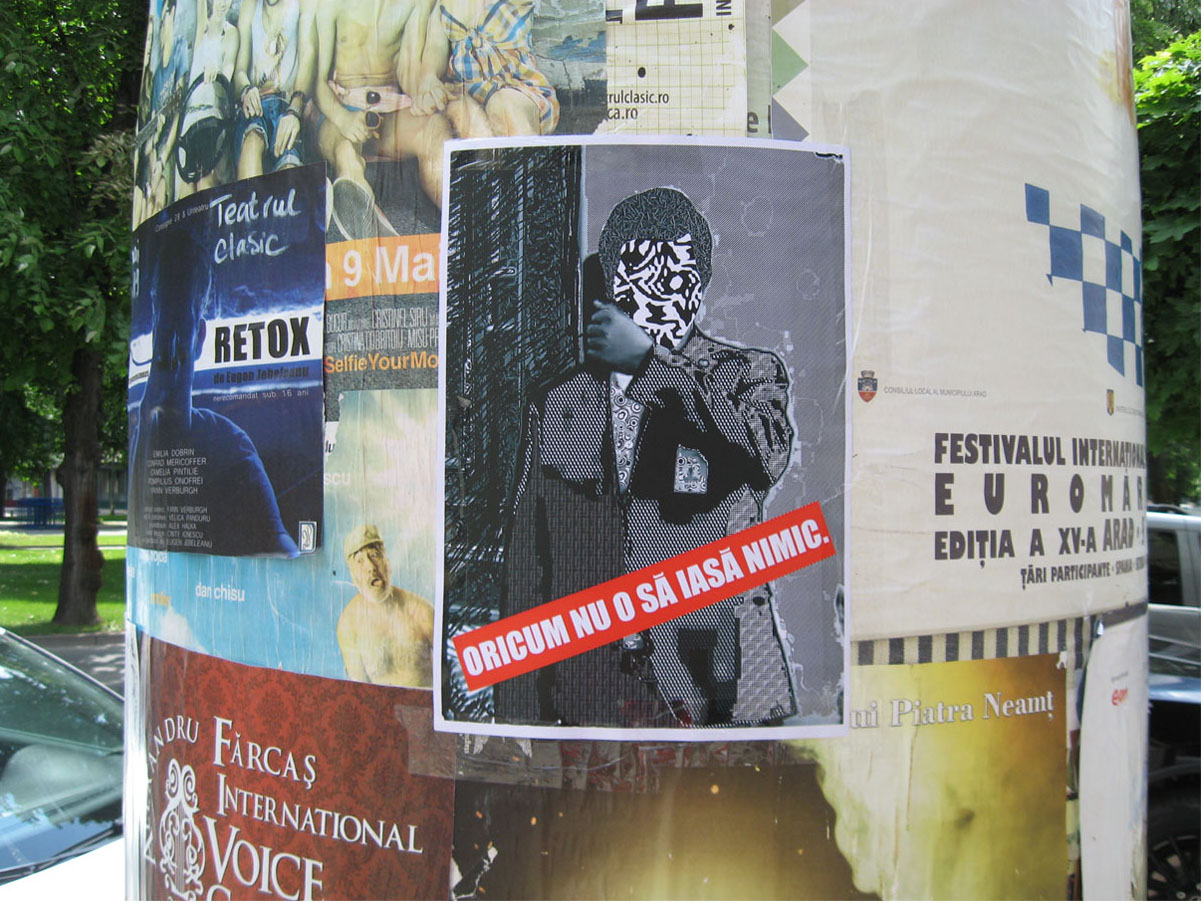